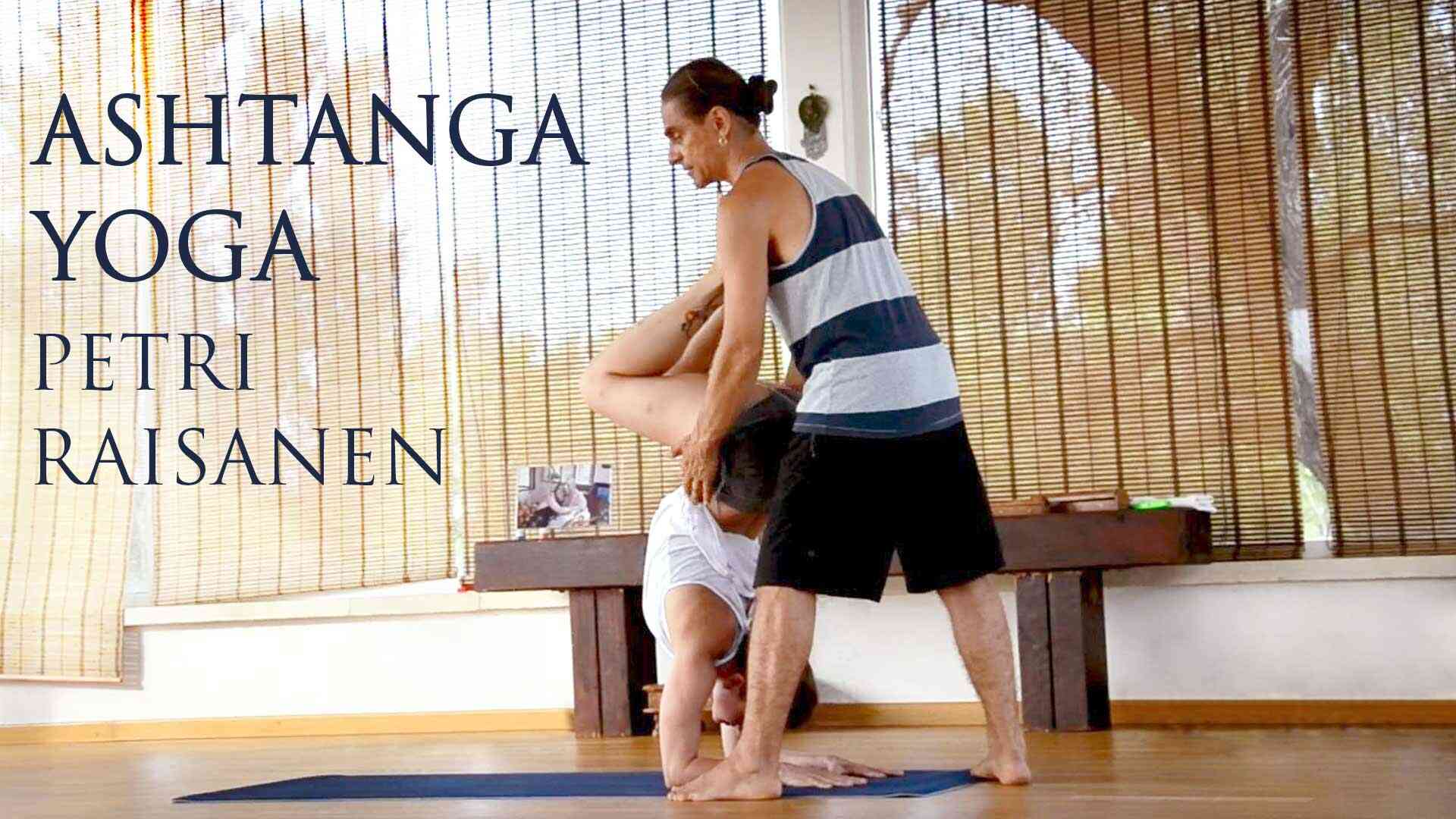 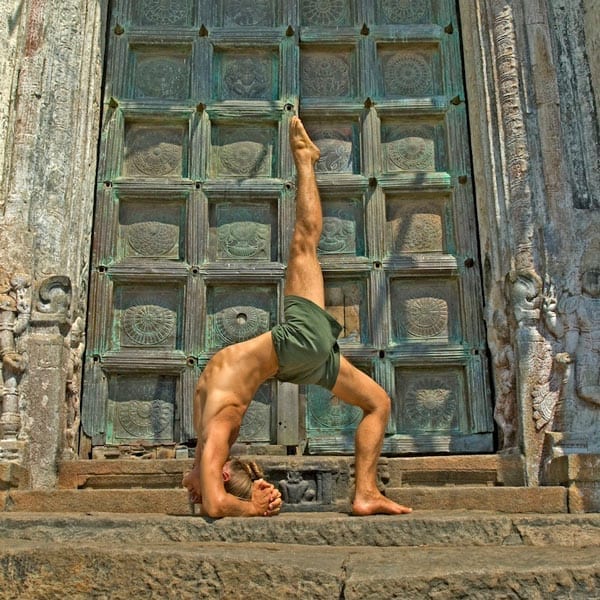 On the retreat we are focusing for the quiet and healing power of the ancient practice of Ashtanga Yoga. The retreat is meant for everyone who want to deepen their practice in a soft and meditative way.

The retreat is based on Traditional Ashtanga Yoga practice in a quiet, gentle and therapeutic environment. Petri focusing for a therapy and mind work as well as the vinyasa system and asana alignments. The days start with Mysore style practice. Beginners are also welcomed. We will have a guided first two mornings only for beginners on the both weeks. In the afternoon we do asana techniques, pranayama (breathing), yoga philosophy and discussions. The evenings are dedicated for meditation and yoga film showing.

There will be time to explore the surroundings in the mornings and in one or two free afternoons. The retreat will be relaxing and informative Ashtanga experience.

In addition to the adults Ashtanga program we will have a daily yoga and activity program for children. We have a two yoga shalas which gives a good opportunity to teach children’s yoga also in the morning. The classes will be guided in two different age groups, 3-5 and 6-10.
Welcome all level of yogis and yoginis! 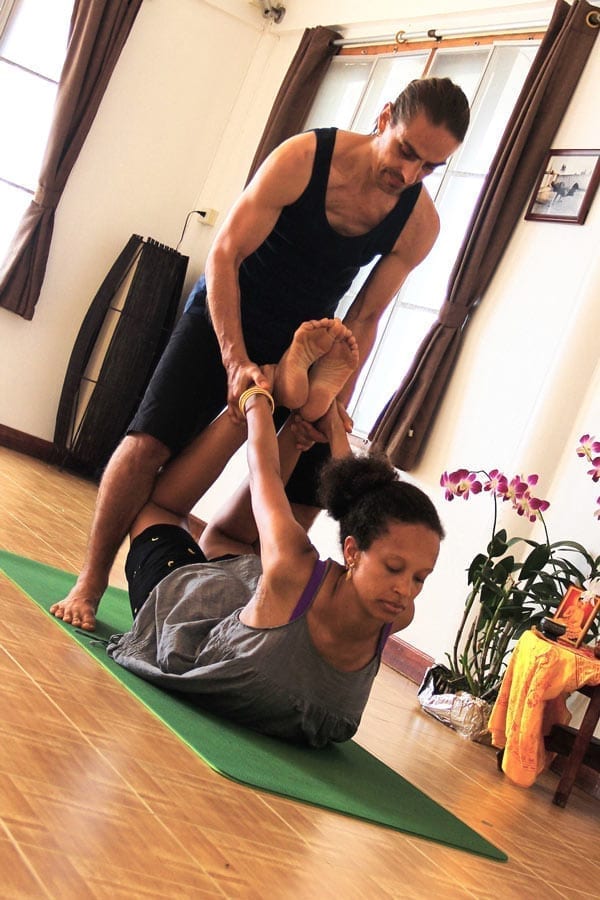 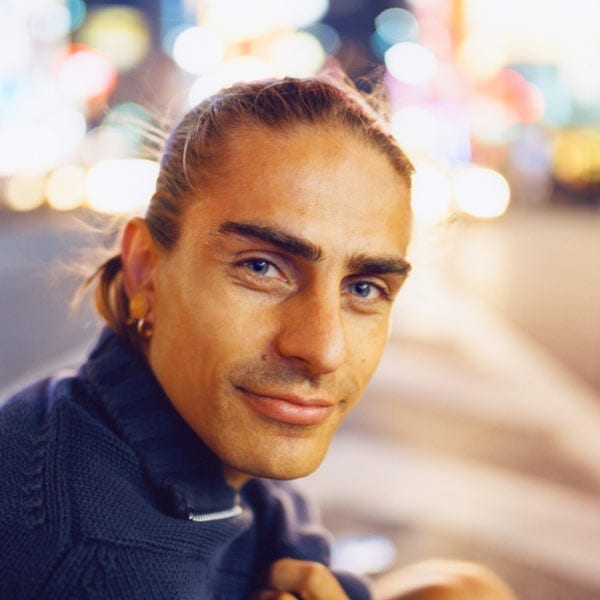 Petri Räisänen (born August 13, 1967) is an internationally renowned
and respected yoga teacher. A devoted student of his guru Sri K.
Patthabi Jois (1915– 2009) and Paramaguru R. Sharath Jois. Petri
carefully passes on his Guru’s exact teachings.
Petri started practicing Ashtanga yoga in 1989 and teaching in 1991. He
is co-owner and director of Ashtanga Yoga Helsinki, one of the world’s
most established Aṣṭāṅga Yoga shalas. Sri K. Pattabhi Jois blessed the
school to teach the traditional Ashtanga method.
In his yogic path Petri has studied with respected Ashtanga yoga
instructors such as Derek Ireland (his first certified teacher), Radha
Warrell, Lino Miele, Gwendoline Hunt, Eddie Stern, R. Sharath Jois and
Sri K. Pattabhi Jois.
Petri focuses on integrating healing and therapy with yoga, meeting
student’s individual needs and guiding their progress. His friendly,
relaxed behaviour and intuitive perception give an open, energetic and
meditative atmosphere to his classes. Petri’s Mysore teaching gives you
an opportunity to experience the wholeness of the practice, and his
teachings aims to lead to an experience of deep concentration
(pratyahara) and meditation (dhyana).
Petri has been written two books on the subjects of Ashtanga Yoga. First
one “Ashtanga Yoga – In the tradition of Sri K. Pattabhi Jois” was first
published in Swedish in 2005 and in English in 2013. The intermediate
series book “Nadi Sodhana” was released in Finnish in 2007 and English
in 2017. Both book are written from the interviews with Sri K. Pattabhi
Jois and R. Sharath Jois, the masters of Ashtanga Yoga system. They
illustrate uniquely the Primary and Intermediate series practice, benefits
and tradition as it is taught in Mysore, India.
Petri’s variety of body-therapy work
Petri started studying the Finnish Folk-healing tradition called
Jäsenkorjaus (Bone-setting), with the Finnish healing masters in 1988.
In his 12 years of studies and 10 years of Folk-healing work he learned –
besides of variety of Bone-setting adjustments – energy healing and
cupping. He also studied Swedish massage, Naturopathy, Natural
Cosmetics, Reiki, Reflexology and Hawaiian Shamanism. Petri has 25
years of Ashtanga Yoga-teaching experience and 28 years of personal
Yoga practice. 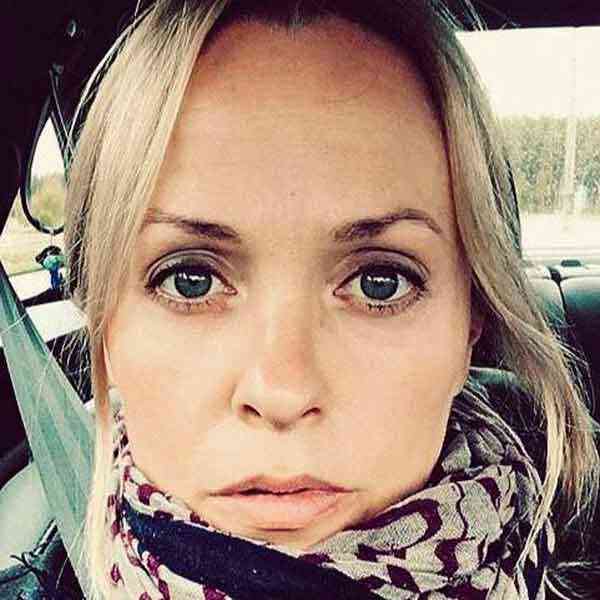 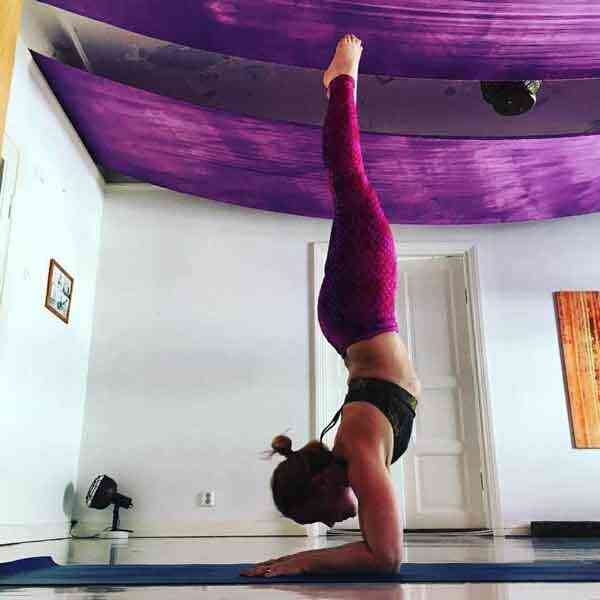 Pauliina Merisalo (born November 11th, 1976) in Pori, Finland. Pauliina has 14 years experience of Ashtanga Yoga and she is the main teacher and director of Astanga Shala Pori. She lives with her husband and two children in Pori where she has upholds the daily ashtanga yoga classes at the Shala since 2009.

Pauliina has organized ashtanga yoga retreats with Petri Räisänen in Frantsila Finland every summer since 2013. She has 8 years experience of assisting Petri in the workshops in Pori and retreats in other parts in Finland. Last summer 2019 she had a great opportunity to be Petri ́s assistant also in Salento, Italy.
Pauliina`s yoga pose adjustments are soft, therapeutic and she is emphasising the connection of body movement and breath which is rooted from her dancing background. Pauliina has danced 15 years modern and jazz dance in advanced level.