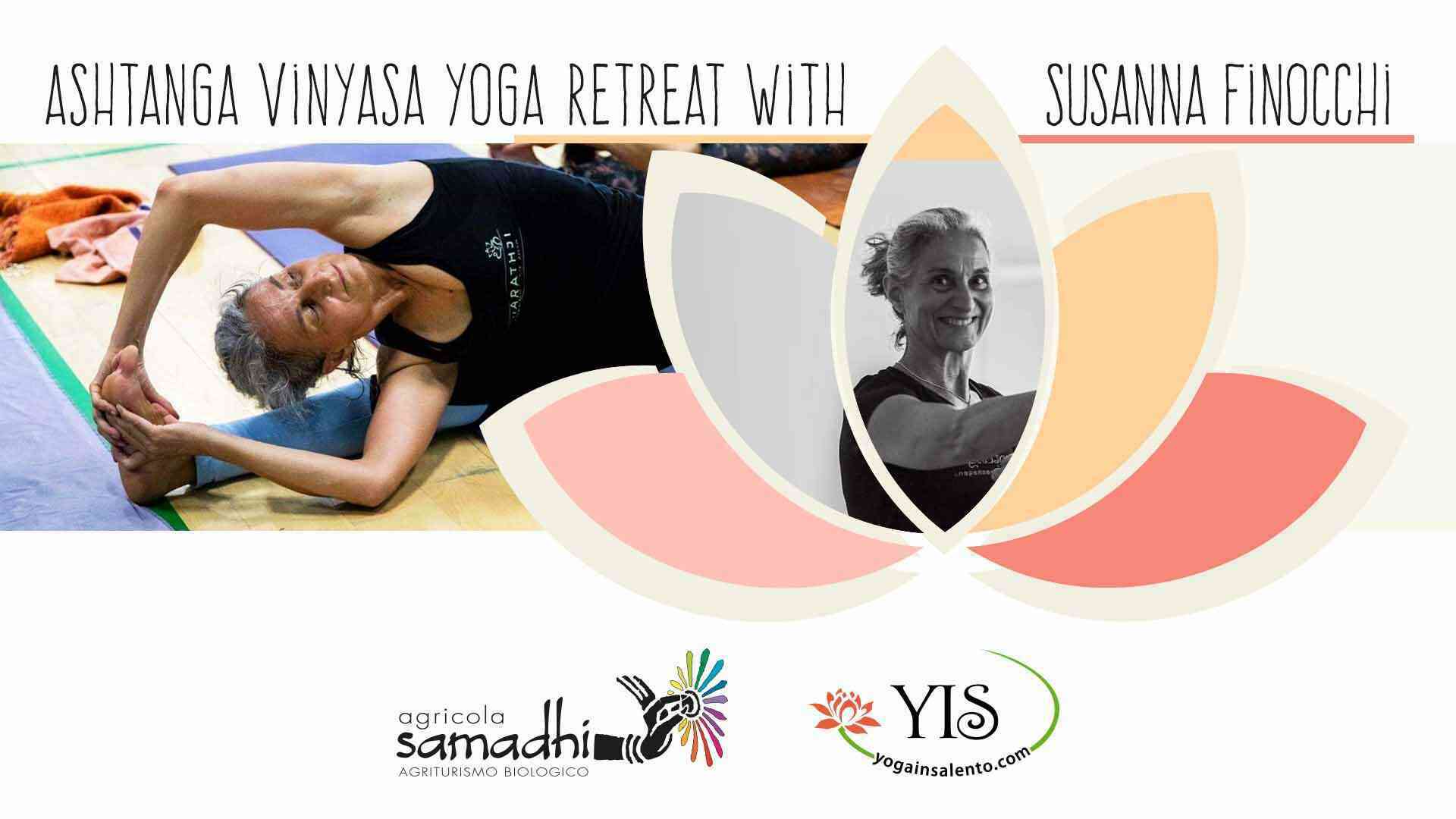 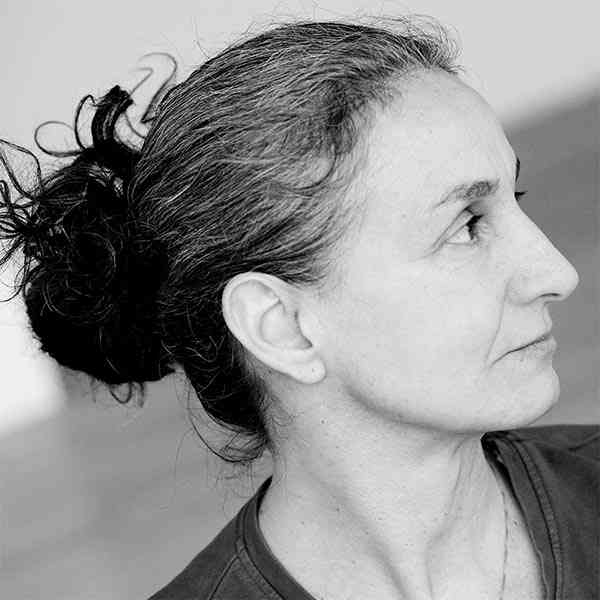 “A healthy and functional body and a calm and focused mind can work wonders.

A week of intense practice, a broader vision of Ashtanga Yoga, Joy, sweat and study.

This is what I hope to create this week in Salento.”

Susanna is present in the class helping each student in their practice with physical or verbal adjustments, aligning postures and modifying them if necessary, emphasising the breath, encouraging, and eventually adding a new posture when the previous one is stable and comfortable, a safe way to practice . For Susanna, it is important to teach Vinyasa as an energetic and structural support for the practice, to respect the sequence without skipping the more difficult postures or the ones that put us in touch with parts of ourselves that we do not like or with our fears. It’s important to create a relationship of trust between teacher and student that supports both during the Yoga journey.

A healthy and functional body and a calm and concentrated mind can work wonders. Everyone can practise Ashtanga Yoga to have an agile and well–toned body, but it can also become a meditative practice that can lead to a profound personal transformation. 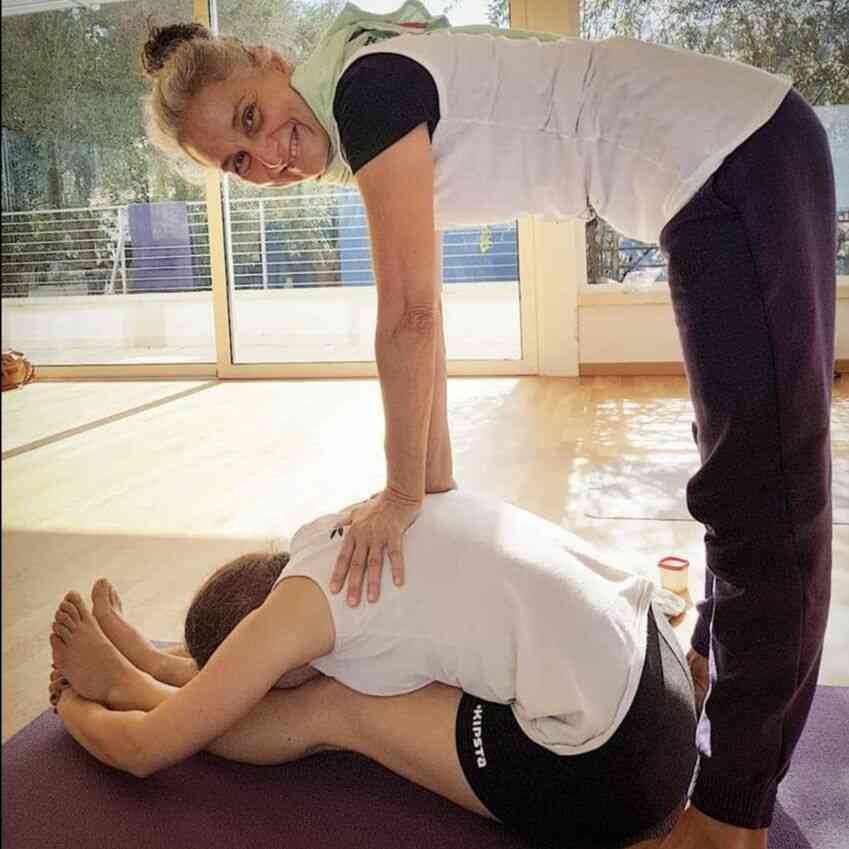 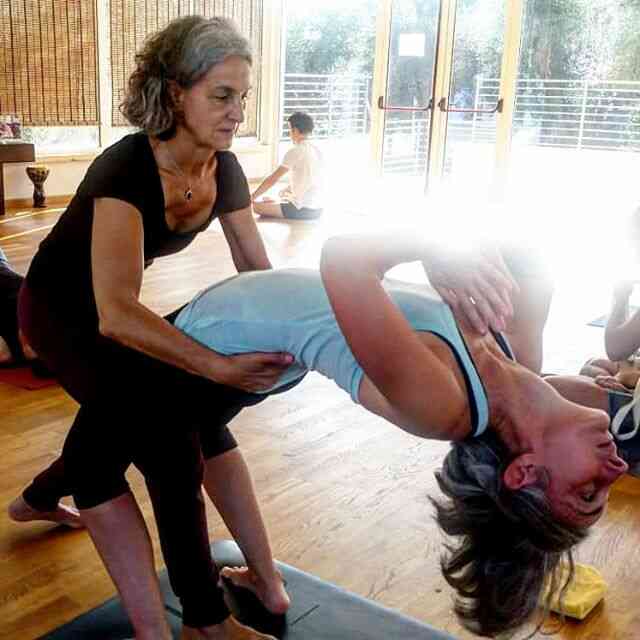 Susanna was born in Rome, and lived in Copenhagen for about fifteen years where she taught Ashtanga Yoga together with her partner Jens Bache in her school Ashtanga Yoga Copenhagen. She goes to Mysore in India every year to study and deepen her practice with her teacher R. Sharath Jois, nephew of Sri K. Pattabhi Jois, the late Guru of Ashtanga Yoga. She has received authorisation to teach Level 2. She has also taken part in Sharath’s special teaching courses held exclusively for teachers authorised by the KPJAYI of Mysore.

In September 1993, at the age of thirty, a friend spoke to her in such a positive way about Ashtanga Vinyasa Yoga and its dynamism that she was intrigued. From that first class she never stopped practising and from that moment onwards little by little Yoga entered her life and changed its direction. As a herbalist interested in Yoga she then became a full-time yoga teacher over seven years, moving from Rome to Copenhagen in 2001.

During her travels to Mysore, in addition to deepening her practice with Guruji and Sharath, she began to study Sanskrit, chanting and philosophy with Lakshmish Bhat, Dr. Jayashree and Prof. Narasimhan. She deepened her knowledge of Sanskrit with Prof. Ken Zysk at the University of Copenhagen.