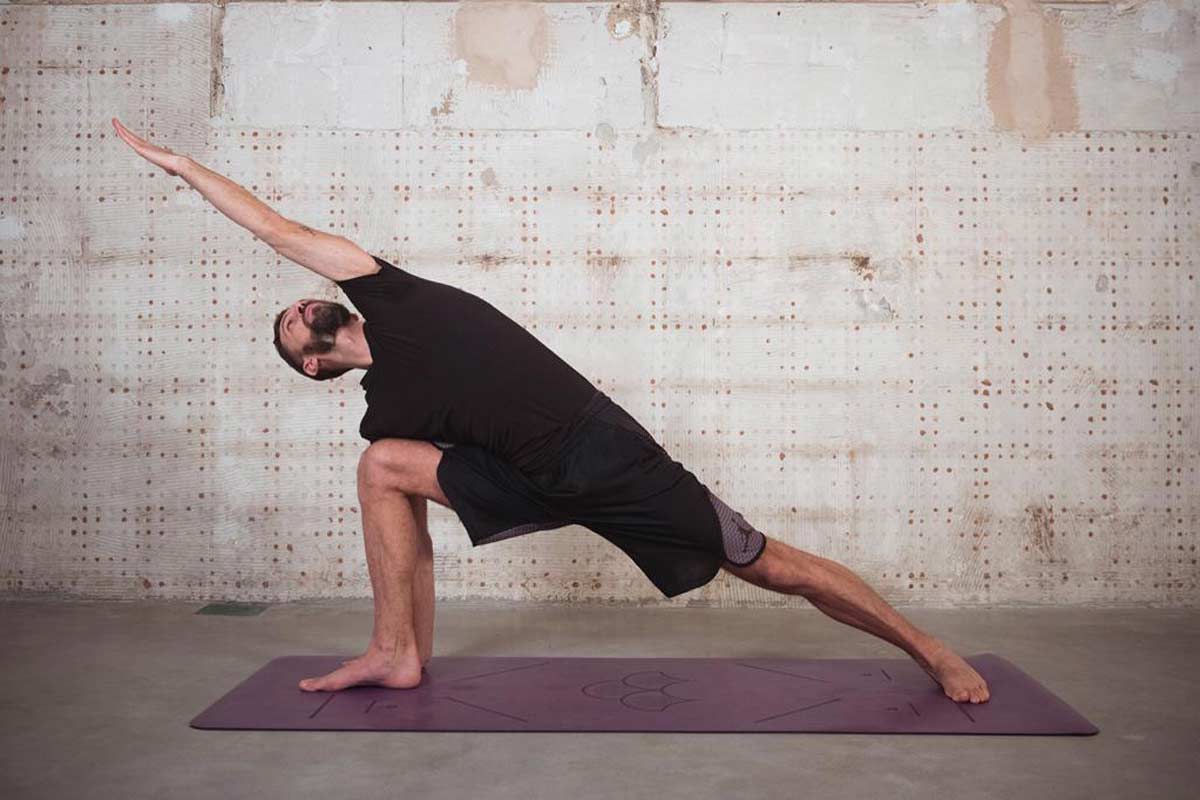 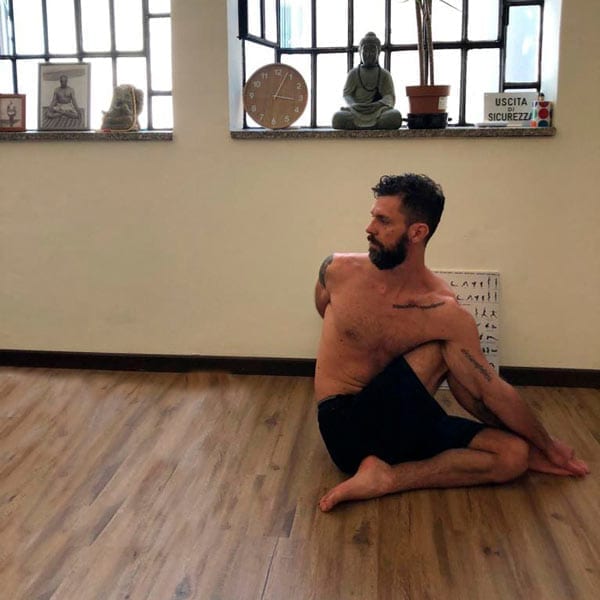 The body in yoga is the manifestation of the mind. We express our thoughts, sensations and emotions through the body.

We live in a very fast-paced world, the practice of yoga gives us the opportunity to breathe and slow down.
The mistake we often make on the mat is to move very fast and to follow the mind.
We must try to generate the opposite process.
I believe that yoga is a wonderful metaphor for life because there are moments on the mat where everything flows very easily and others that are very tiring, perhaps while you are doing a difficult posture for your body.
When we perform a challenging posture and we try to have a non-challenging approach,  we can enjoy the gradual progress to reach this posture without forcing the body.

We must to be patient and accept the present moment in order to became resilient.

Yoga is an energetic practice but first of all there is a body to be respected and rehabilitated, especially if we have led a life without taking too much care of it.

We will study the asanas in detail. We will see all the intermediate steps and work on every single part of the body that is useful to be able to perform the position correctly in order to get the most profound benefits from it.
Over the years my way of practising asanas and pranayama has changed a lot and so has my way of teaching.
I have a therapeutic approach. Yoga is a purification process that goes from the outside to the inside. First we treat the body with asanas, making it strong and flexible. Through this work we bring intelligence into the body by awakening and becoming aware of each muscle by moving slowly and carefully in the initial phase.
My goal is to give the student the necessary tools to be able to practice safely without incurring injuries that could demotivate and alienate the practitioner from yoga. I will take the students to enjoy the journey bringing the physical and mental benefits that this magnificent practice can provide.
A good yoga practice does not mean doing crazy evolutions but it means removing an error from the body each time. The practitioner became aware of his error if he knows how the position should be done.
The mistake we make is to think of yoga as a series of goals to be achieved because in our culture we are used to thinking in terms of goals. In yoga, however, you have to enjoy the journey.

The program will consist of 5 classes in the morning, Led classes or mysore style depending on the level of practitioners, Friday morning a led class on first series, and 3 afternoons where technical aspects of the practice and pranayama (breathing techniques) will be developed. At the end of each session we will take time for questions and answers.

Benefits of Back bending (let’s learn how to practice  safely) 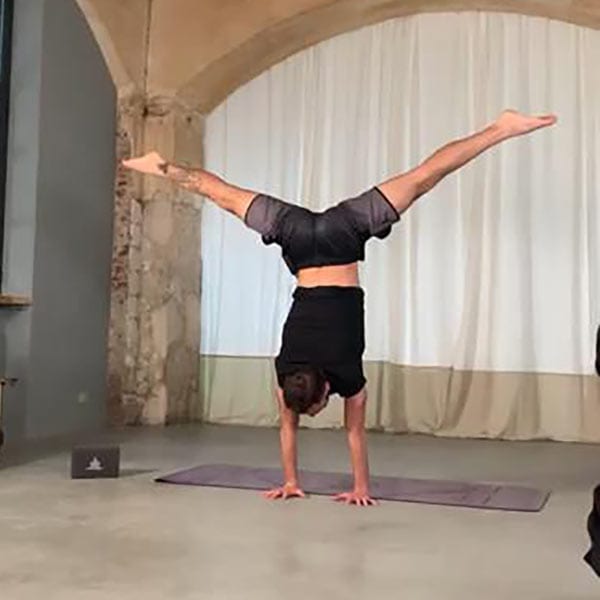 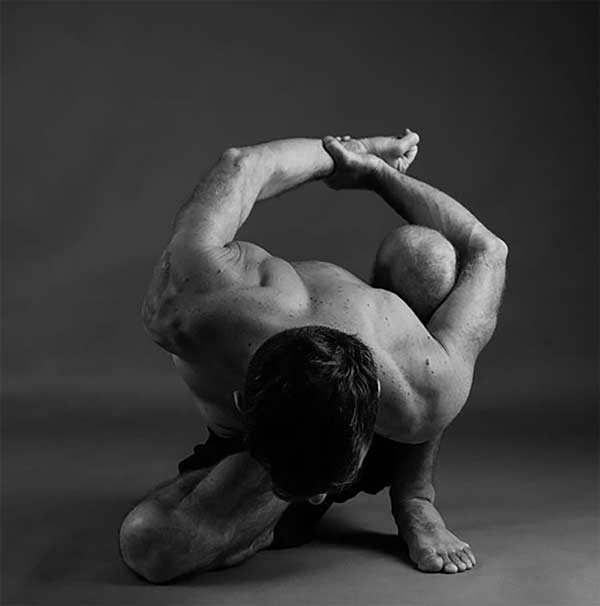 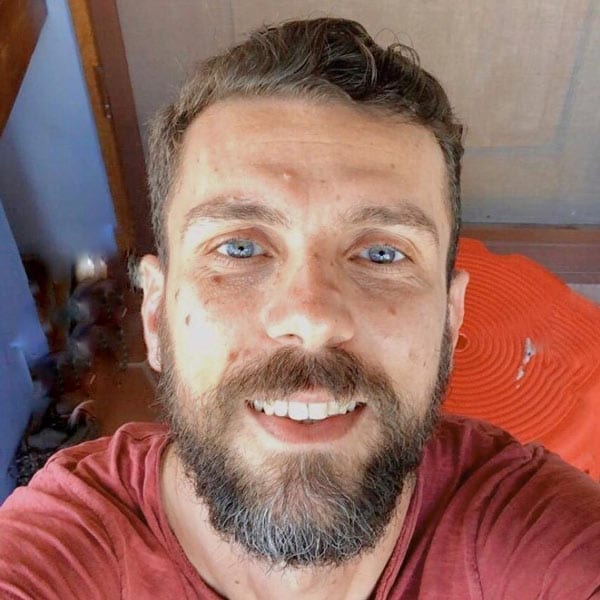 Born in Turin on 17/08/1979, he has been practicing sports since he was a child. From the age of 8, he constantly devoted himself to martial arts, becoming a full contact and boxing agonist and Full Contact black belt. After retiring from competitive activity, he trained to work in the world of fitness as a personal trainer and pilates instructor, studying anatomy, posturology and movement mechanics. He approached Yoga in 2004 and immediately became passionate about it. He obtained the diploma of instructor of Ha-Tha Yoga at the Vivekananda institute of Bangalore (India) with a thesis on pranayama, breathing technique that deepens daily by making direct experience.

In 2009 he discovered Ashtanga Yoga in a workshop with Lino Miele. In the following years Ashtanga Yoga, in its traditional method, becomes his daily practice which he deepens mainly under the guidance of Lino Miele and his collaborators, but also by participating in workshops and seminars around the world with teachers like Chuck Miller, Maty Ezraty, Petri Raisanen, kristina karitinos, Mark Robberds and Ty Landrum teacher who was an assistant in summer 2019.

In 2011 he made his first trip to India where he studied ashtanga with Elena De Martin, transcendental meditation and chanting with the masters Narasimha and Jayasri, while in 2013-2014 he spent a period in Mysore, under the guidance of Saraswati, daughter of Guruji Pattabhi Jois and in 2016 he spent a few months in Miami at the Miami Life Center of Kino McGregor.

He is currently a student at SYC in Mysore, India, where he goes every year to study Ashtanga Yoga under the guidance of Sharat Jois heir of GuruJ Sri K Pattabhi Jois.

In parallel with the study of ashtanga yoga, he deepens the Iyengar method to improve knowledge on the alignment of the asanas and to have greater awareness in practice. After completing a teacher training with Maty Ezraty, she has long started training Centered Yoga with Dona Holleman.
Since 2013 he has been involved in workshops and regularly teaches at the Vinyasa Studio, the Ashtanga Yoga shala in the center of Turin he founded, where he is supported by excellent collaborators who help him in the popularization project of the discipline of yoga, alternating the teaching profession to that as a student, with continuous trips to Mysore, India, to deepen his practice and evolve his teaching method.

His teaching method is aimed at therapy and listening with particular attention to breathing control and alignments to make the practice safe and intelligent.

-In addition to yoga, it deals with the training of teachers on behalf of CONI ENDAS.
Since 2017 he has been practicing freediving obtaining NADD patents to dive safely, (scuba-free diving) discipline that requires great self-control and study of breathing techniques (pranayama).