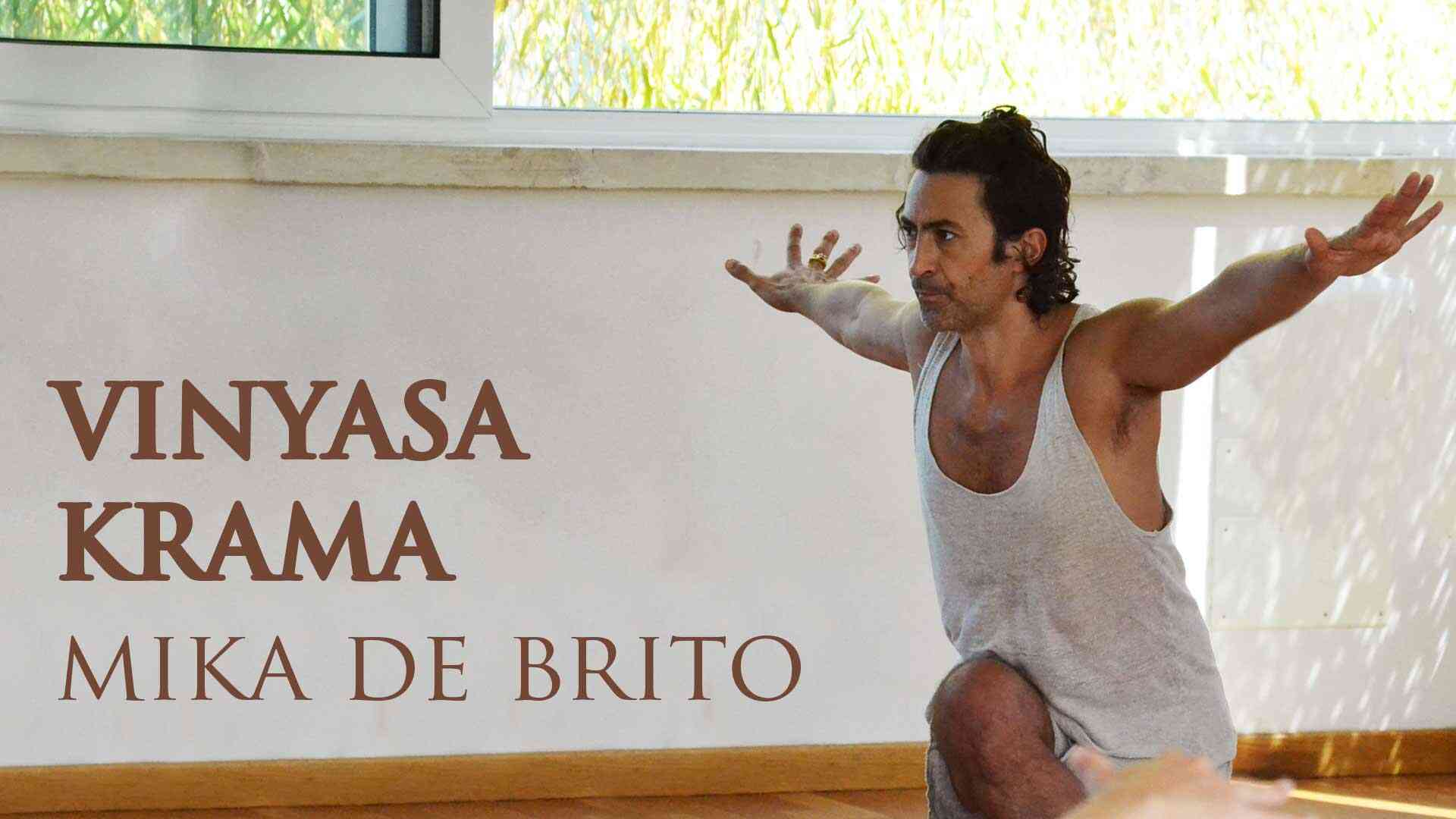 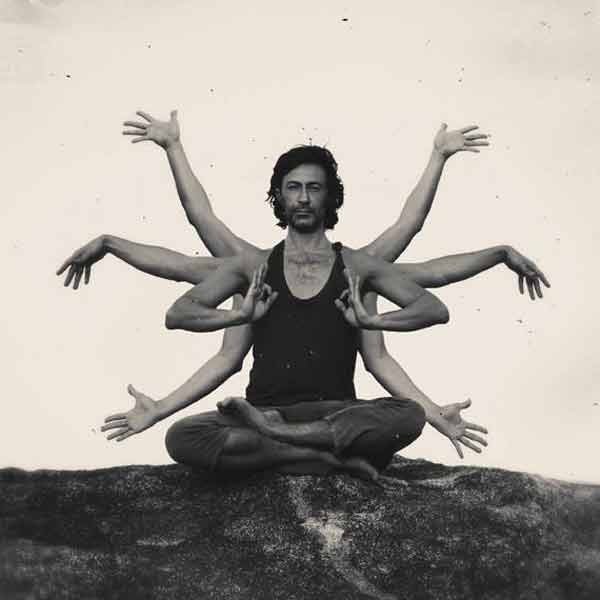 DYNAMIC PRACTICE OPEN TO ALL LEVELS

We begin with breathing exercises on a metronomic sound in order to bring AIR into the body, then we slowly light the FIRE with sun salutations and the fire purifies the body by eliminating toxins through the WATER of sweat. These three éléments stabilise with contact to the EARTH, the asanas, the ground. Once all of thèse éléments are united, then the fifth élément ETHER can make its appearance through Meditation.

SPECIAL MOMENTS AND HIGHLIGHT OF THE RETREAT
During the week there will be some combined classes: on occasion, Danny Paradise , Mika de Brito, Baptiste Marceau and Nadia Delaye will teach altogether. These classes will be emotionally enriched with music and dance for some of the afternoon sessions.

F.S.E.
In one evening in the middle of the week, Baptiste Marceau will lead a shamanic guided ceremony, founded on ancient traditions. If you are interested in participating, please indicate it by email by mentioning that you would like to participate to FSE (Full Shamanic Experience).
The ceremony has an extra charge. Any questions and clarifications will be answered by the teacher on arrival. Interest in the evening ceremony has to be manifested at the booking stage as the ceremony is meant for a limited number of participants only. 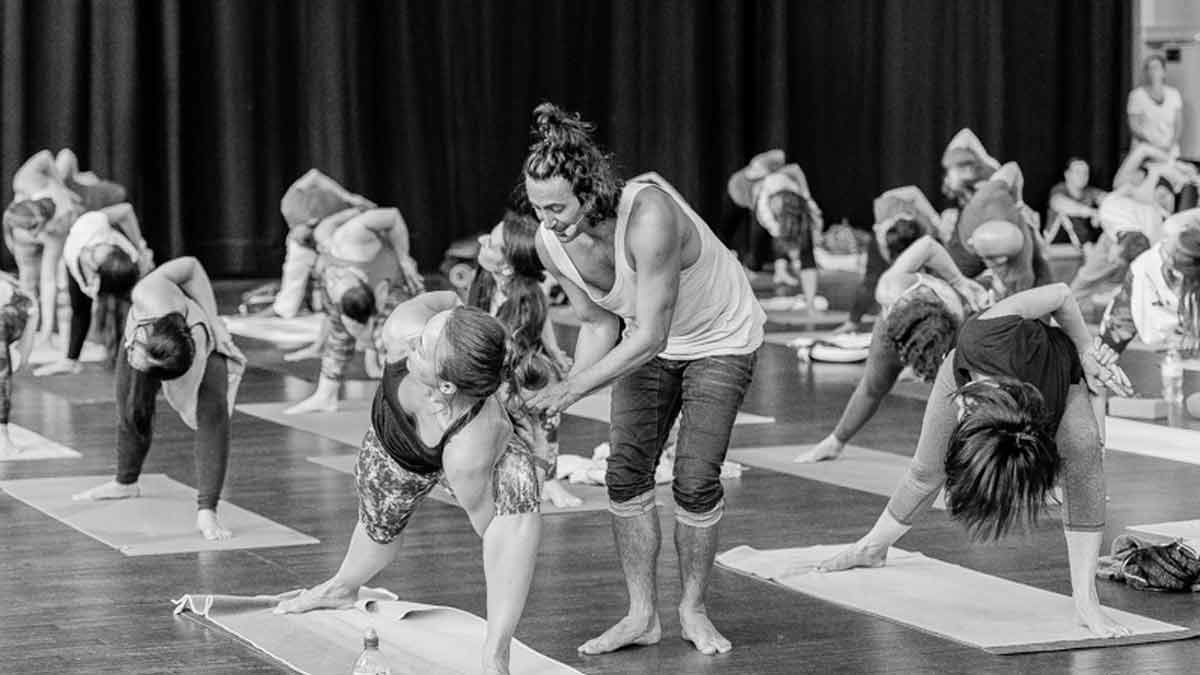 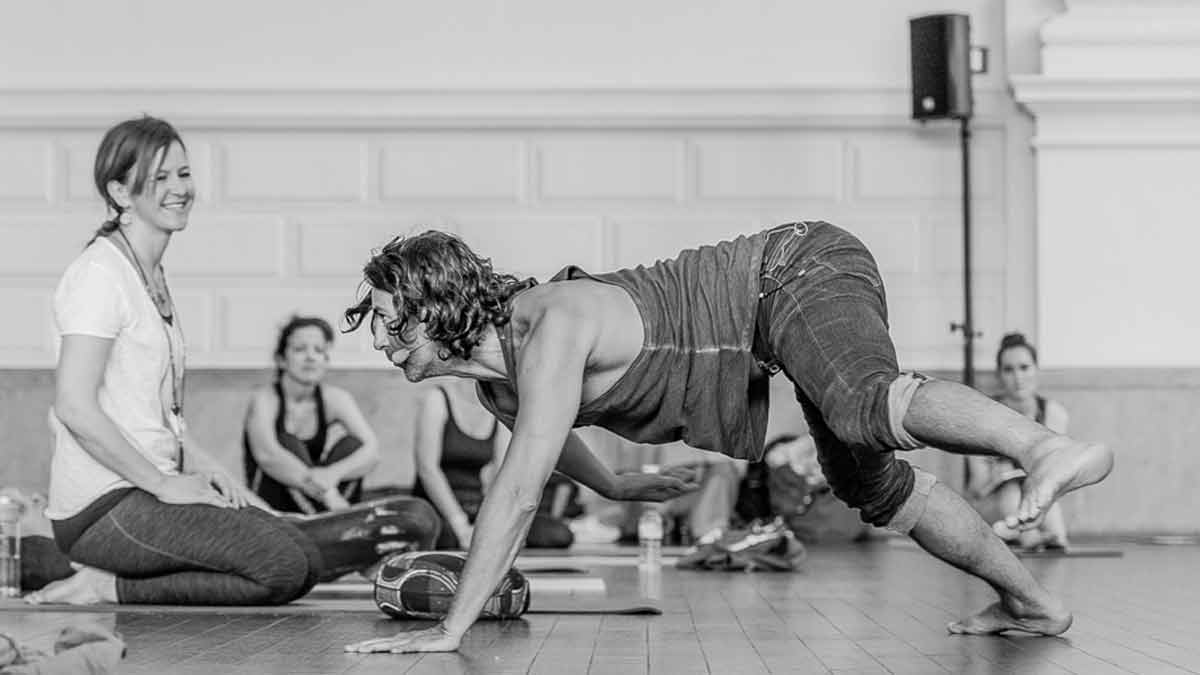 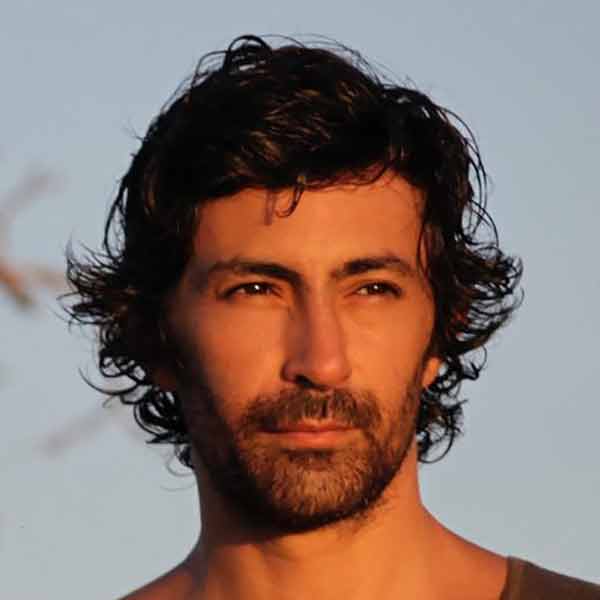 Paris-based Mika de Brito has been teaching yoga for over 20 years and is internationally recognized for his highly atypical approach.

Traditionally trained, ie in following a master yogi, he was first initiated by Baptiste Marceau (son of the famous French mime artist) to the art of Ashtanga (a dynamic form of yoga originally called Korunta). This led him to follow the path of a Hindu Swami yogi for several years in the Himalayas, even dwelling in a cave in Gangotree in order to gain insight into a more traditional and meditative style. Later on he was invited by Sharon Gannon to follow the Jivamukti teachings in New York. These teachings and many yogic travels and study led him to develop his own very particular style.

Connected to the present, open to the world around him and highly creative, Mika has brought this ancient tradition to his many students around the world. His demanding and yet playful approach has brought new life into the yogic discipline. He wants students to rid their minds of modern conditioning and adopt a liberating and compassionate practice, what he calls “being spiritual”, the fundamentals of which are to cultivate a good relationship with oneself, others and the world about us.

He lives in Paris and shares his time between performing music, writing and teaching yoga in retreats and workshops around the world.