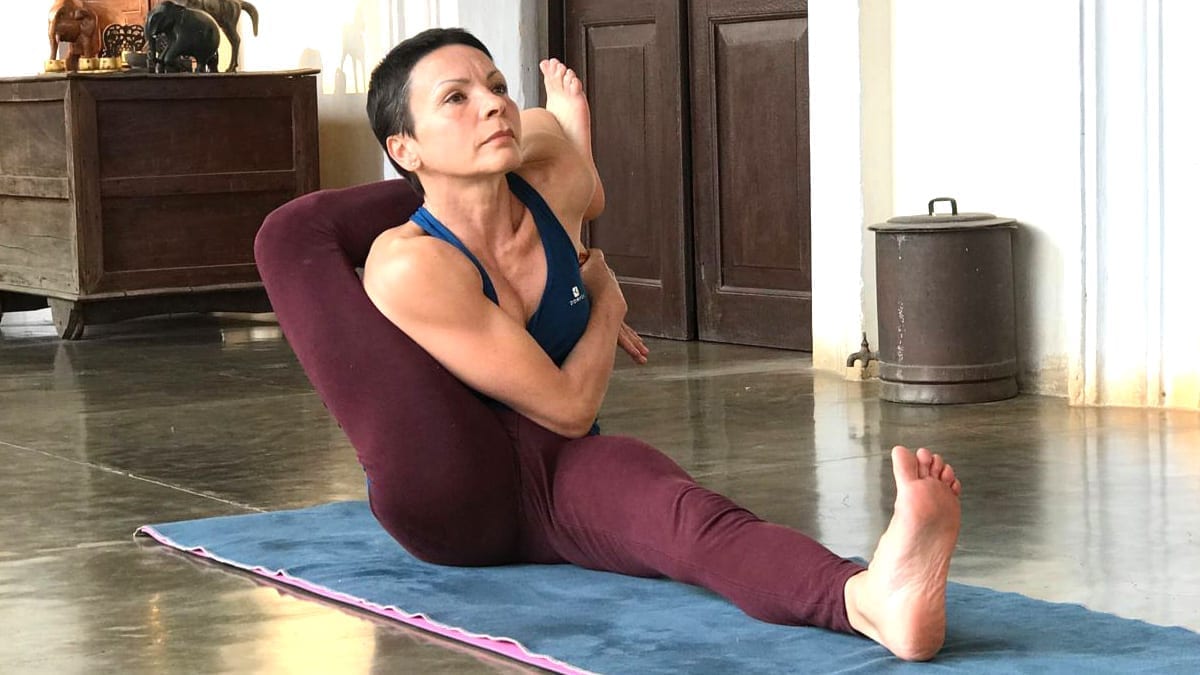 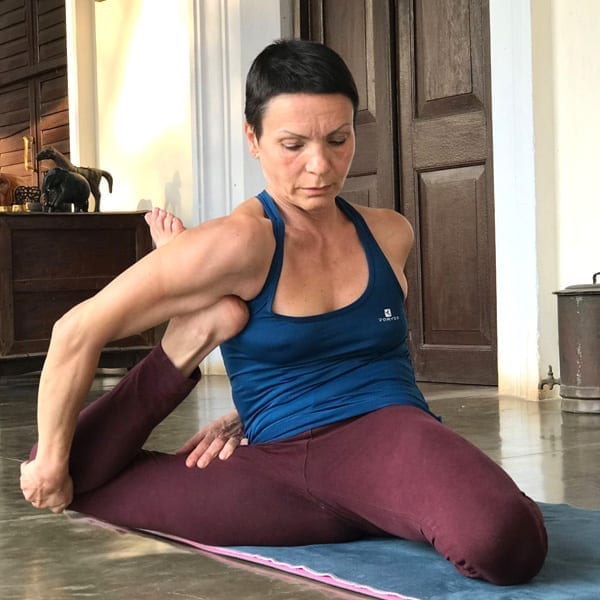 A week of shared work to deepen three precious characteristics: flexibility, strength and balance, pillars of practice and fundamental in life when pursuing an open and conscious existence.

Balance in the body or the ability to remain in axis on the feet, hands and head -> balance in life as a condition that leads to maturity and awareness.

FRIDAY 20 AUGUST
8 / 9.30 mysore
9.00 am led class for beginners
10.30 am brunch
6.00 pm Pranayama to conclude by pacifying the mind (deep relaxation work and listening to the breath)
FOLLOWING QUESTIONS AND ANSWERS: EXCHANGE WITH THE MASTER ON THE EXPERIENCE LIVED
7.30 pm dinner 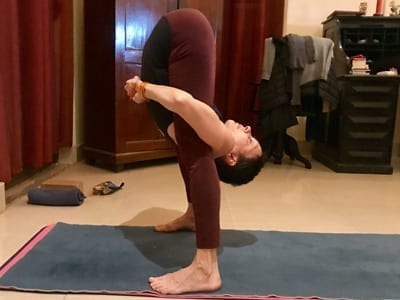 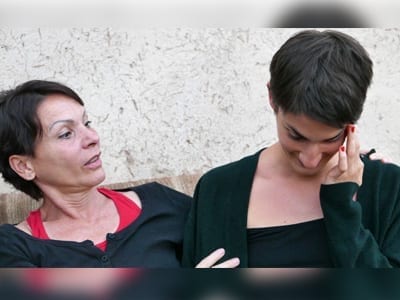 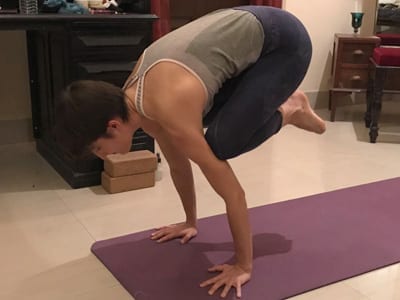 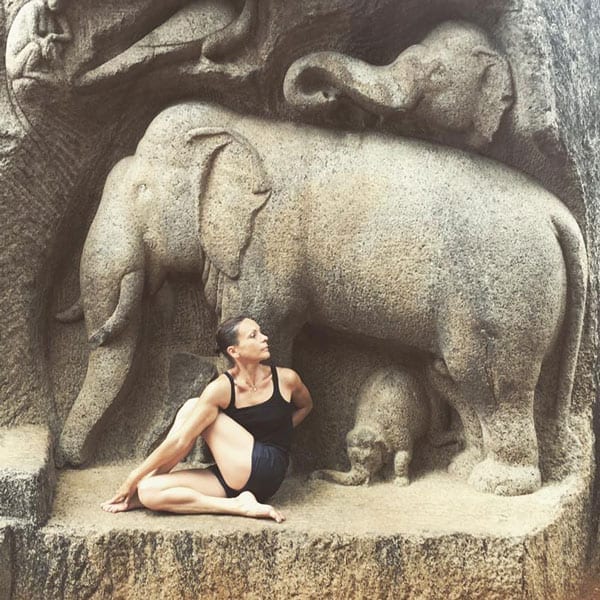 After having devoted herself for a long time to the study of dance, classical and modern, and dance theater and having made it her profession, both as a professional dancer and as a dance teacher, in 2001 she approaches Ashtanga Yoga, a style she studies long before with Lino Miele and, later, since 2005, with Sri K. Pattabhi Jois at the Ashtanga Yoga Research Institute in Mysore (India).

In 2005 she began her experience as a yoga teacher, preceded by an intense internship as an assistant to Lino Miele that she follows in numerous retreats, seminars and workshops, in Italy and abroad. In 2009 he founded, in Milan, with Lino Miele, the School of Ashtanga Yoga, where he teaches until 2016, alternating the activity of teacher within the school, with teaching in seminars and workshops in Italy, India and in numerous European countries.

Over the years, together with the practice of Ashtanga Yoga which she deepens until completing the fourth series (Advanced B) and obtaining, in 2014, after twelve years of training, the certification of Lino Miele, Simona dedicates herself to the study of Indian culture and, in particular, of some of the main addresses of classical philosophy (Yoga, Samkhya, Vedanta), of the history of the country and of the artistic tradition, expression of the various religious components of Indian civilization.

You also undertake the study of the Hindi language, acquiring the rudiments. In 2013, the encounter with Iyengar Yoga, induces her to deepen the study of the postural dimension of yoga and to research new ways of teaching, respecting the tradition of uninterrupted research and experimentation inaugurated by the founder and creator of Ashtanga Yoga, Shri Krishnamacharya.

In 2018 she graduated in Svastha Yoga and Ayurveda (Yoga Therapy).

In 2020, together with Elettra Cicognini, she opened Drishti Ashtanga Yoga Studio where she continues her research and transmits its contents. 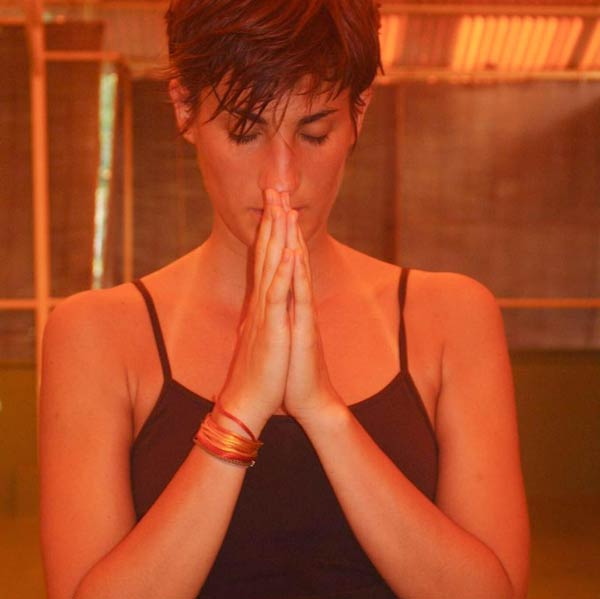 Daughter of art, she began Ashtanga Yoga at the age of 16 under the guidance of Simona Brusoni and Lino Miele.

At the age of 23 she becomes Lino Miele’s youngest assistant, following him in his workshops in Italy and India.

She has worked for several years as an assistant at the Ashtanga Yoga School in Milan.

Today she practices the third series and since 2015 she begins the study of Iyengar Yoga following in-depth workshops in Italy and India.

At the same time, she carries on her passion for music.

In 1999, at the age of 14, she enrolled at the “Giuseppe Verdi” Conservatory in Milan, studying oboe and piano.

In 2010 she obtained a first level degree (Oboe) at the “Giuseppe Verdi” Conservatory in Milan.

In 2013 she obtained a second level degree (Oboe) at the “Giuseppe Verdi” Conservatory in Como.

You have played with different ensembles in Milan and Italy and followed a postgraduate Master with Maestro Luca Vignali.